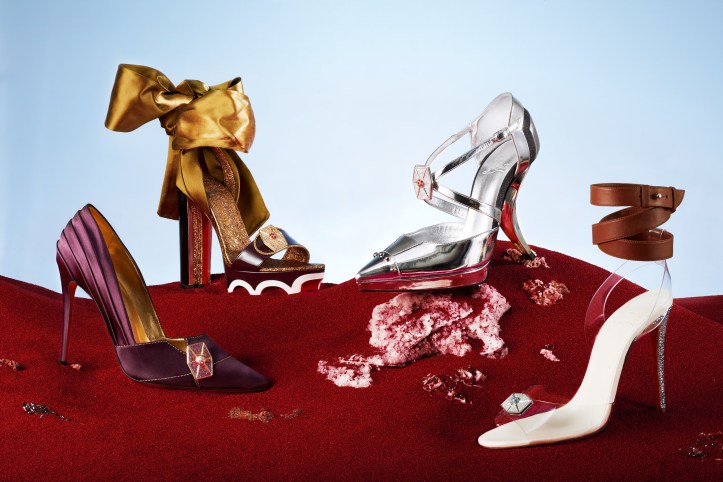 Footwear designer Christian Louboutin, has once again partnered with Disney, following, his very successful collaborations with – Cinderella (2012) and Maleficent (2014). The famed red sole shoe designer has designed a one of a kind shoe collaboration to commemorate the release of the latest, highly anticipated entry in the Star Wars saga—Star Wars: The Last Jedi.

“Disney’s call regarding Star Wars was completely unexpected and surprised me. But I like surprises and this one particularly intrigued me! At first sight, the Star Wars universe and mine seemed far away from one another but when I saw the pictures of the red planet Crait, I instantly understood where it connected and why they had thought of me. Strong ideas and images spontaneously came to my mind,” said Christian Louboutin.

Each style is embellished with a bespoke glimmering jewel inspired by the Tie Fighter.

The commemorative styles—each signed by the designer, as well as the actress who portrays each character the style was created for—will be auctioned on charitybuzz.com/StarWars from December 7 – December 20, with a portion of the proceeds benefitting Starlight Children’s Foundation on behalf of Star Wars: Force for Change.